If you want to explore Italy’s rich and varied charcuterie, Cantina del Ponte (Shad Thames, next to Tower Bridge) can offer this journey of flavours in London. Head Chef, Claudio Gottardo, has sourced the absolute best examples of each kind of Italian charcuterie and separated them into selections from Northern, Central and Southern Italy, as well as a set of unusual charcuterie from across Italy. Each selection will be available for a month, accompanied by a glass of wine from the region and followed by a local pasta dish – all for £19.50 per person. 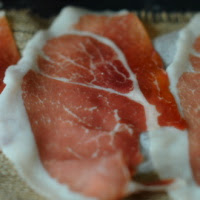 January is Northern Italy, and includes bresaola (nothing like the dry stuff you get in supermarkets), sopressa, san daniele ham, melt-in-the-mouth lardo pernigotti and spec. The pasta dish – canaderli - was sold as giant gnocci, but was actually superb bread dumplings, flavoured with herbs, that I hadn’t heard of before.

Go in February for the Central Italian charcuterie menu, that encompasses wild boar salami, parma ham, mortadella and culatello. Pigs destined for culatello are fed parmesan and you can actually taste it in the meat – unusual and fantastic. 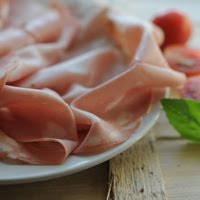 
The southern Italy menu for march includes spicy salami, herby porchetta (like the French anchaud, but served thinly sliced), n’duja and sopressata- The soft, fatty n’duja is really tasty spread on bread, and very much like Spanish sobrasada, except that the Spanish version is made with smoked paprika, whereas the smokiness in the Italian one comes from smoking the finished sausage. 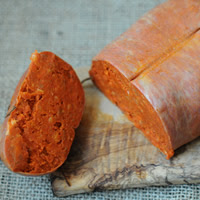 
The ‘strange’ charcuterie selection has not been confirmed yet, but this is the one I am most looking forward to trying. Expect blood, guts and balls, made delectable through hundreds of years of recipe perfecting – can’t wait!