I've just been sent some samples of an organic Belgian beer range, by Van Bulck. They've recently started importing to the UK, having signed up their first few trade customers.

The exciting thing for me is that the range includes a gluten free lager, pictured below. A few years ago, my brother was on a mission to make gluten free beer for my other brother who shouldn't consume gluten. Attempts were made with various GF cereals and seeds, with varying degrees of success. We discussed whether it had the potential to be produced on an industrial scale, but as usual with our numerous business ideas, that's as far as it got.

Since then, a close friend and lager lover has become acutely gluten intolerant, and increasingly fed up by the lack of beer in her life.

I'm very pleased to say that Van Bulck's 5.2% GF lager is delicious. I'm tasting it now. Light straw in colour. Actually smells a bit straw-like and fruity too. It's hoppy and well-balanced, with a long, moreish, malty finish.

Well done Van Bulck! I'm looking forward to seeing your beer in pubs across the UK, and hope it will soon be stocked in shops too, so I can get some in for when my gluten intolerant friend comes to stay. I know this isn't the first GF lager here, but I think it's likely to become widely available and popular. Is it the first organic GF beer in the UK?

Interestingly, it is gluten free due to a 'special brewing process', rather than the use of GF base materials (it is made with barley), so all my brother's brewing efforts with things like quinoa are slightly irrelevant. Although they did taste good, so maybe that could be a possible new branch of GF beer production? 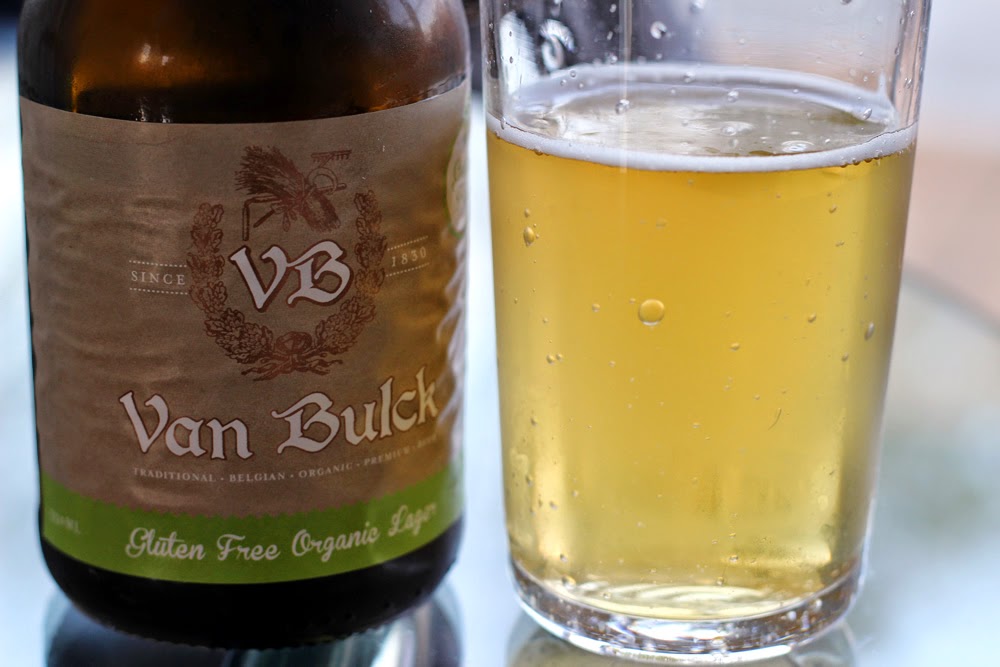 I'm looking forward to trying Van Bulck's white and wild fruit beers over the weekend. They're not GF but I do particularly love white and fruit beer when it's sunny.
Posted by Gemma Driver at 12:17 pm